"Flawlessly acted, SKELLIG unfolds on a magnificent set, with haunting music and the two hour production flies by"

"The best of British theatre" 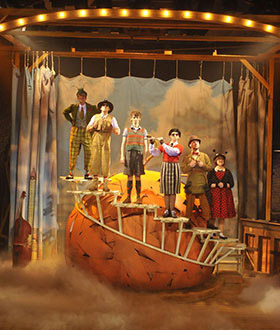 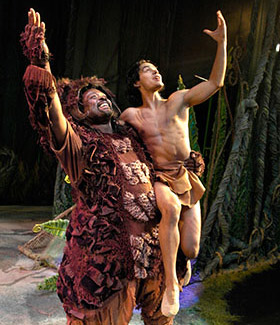 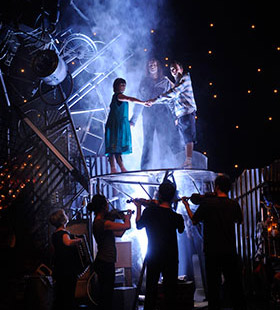 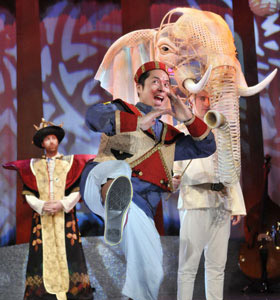 The Birmingham Stage Company is one of the world's leading producers of theatre for children and their families. It was founded by Actor/Manager Neal Foster and uniquely for a British theatre company it relies for 100% of its income from the box office, which means you! This year marks our 30th anniversary.

Our Patron is Sir Derek Jacobi and since our foundation in 1992 we've staged over one hundred productions for adults and children, working with Britain's finest living writers including David Almond, Terry Deary, Michael Morpurgo, Philip Pullman and David Walliams.

Our adult productions have ranged from classics such as Cat on a Hot Tin Roof and The Glass Menagerie by Tennessee Williams and The Crucible by Arthur Miller to contemporary plays including the British Premiere of Beau Jest by James Sherman, Speed-The-Plow by David Mamet, Proof by David Auburn and the world premieres of The Dice House by Paul Lucas and Collision by Dominic Leyton.

"There are glorious moments in the theatre when the Muses bestow their own incomparable magic on a play and those who perform it. Such was the case last night with a truly brilliant performance from the BSC"
Birmingham Post

We've also enjoyed a wonderful association with Roald Dahl. In fact the BSC has produced more stories by Roald Dahl than any other company in the world. Our production of George's Marvellous Medicine has toured the world for twenty-three years and most recently made its debut in India.

Highlights from our first decade include the world's first major production of The Borrowers by Mary Norton adapted by Lynn Robertson Hay. In 2003 we were proud to present the world premiere tour of James and the Giant Peach by Roald Dahl adapted by David Wood.

Our second decade opened with the world's first major stage production of The Jungle Book adapted by Stuart Paterson, with new music by BB Cooper and lyrics by Barb Jungr. We were also delighted to stage Kensuke's Kingdom and Why the Whales Came by Michael Morpungo.

In 2005 we launched Horrible Histories Live on Stage and we have so far staged eighteen world premieres including Awful Egyptians, Ruthless Romans, Terrible Tudors, Vile Victorians, Frightful First World War, Woeful Second World War, Groovy Greeks and Incredible Invaders, all featuring ground breaking 3D Bogglevision. Our production of Barmy Britain became the longest running children's show in West End history and its tenth anniversary was celebrated with Barmy Britain - Part Five at the Apollo. Horrible Histories took to the water last year with the boat tour Terrible Thames, which was Highly Commended by London Tourism Awards. We are also proud to be working with Historic Royal Palaces with performances at Hampton Court Palace, Kensington Palace, Hillsborough Castle and The Tower of London.

Other highlights include Philip Pullman's The Firework Maker's Daughter and the world premiere of Bagpuss by Oliver Postgate and Peter Firmin. We also marked our New York debut with Skellig by David Almond at the New Victory Theater on 42nd Street.

We were extremely grateful to receive support from the Government's Cultual Recovery Fund which helped sustain our work during the pandemic. With theatres fully open, we hope you can join us for one of our shows - wherever you are in the world!